The basic parts of my vision stayed the same, however many details changed along the way; mostly for the better. Originally, I wanted two closet areas across from each other against the wall opposite the cab and on each side of the cab door. On one side, I did the floor using a shower base for ‘resale’ value in the event someone wanted to add a shower later. The other side would have been closet space for hanging clothes and shelves and such.

This part changed for two reasons.
1) I found a really cool armoire n Craigslist for $100 that met my ‘storage’ needs for that side and
2) I bought a tree.

Yes. I bought a tree. I found some guys who had a mill and I asked them to cut a tree into slabs (I only wanted 2 slabs) so I could make custom book shelves with a raw edge. I thought it would look cool. Well, once they cut into the tree and showed me how pretty the wood was, I found more uses for it and bought the whole tree. The tree had part of the branch so I thought it might curve around that back wall nicely; plus I have a shit-ton of books so more space for them was a bonus. I used the prettier pieces for the counter top to put over the cabinets I got for free from an artist that was moving to Hawaii. He actually gave me a few paintings too which I have hanging in the truck.

I took out the passenger side seat and built a box for the purpose of storing boxes. Yes, it’s true. I laughed out loud a few times in almost a demented fashion as I built this stupid box, poorly I might add, which took me forever, and at least three tries. I kept thinking.. I have spent about $15 and hours of time to build a stupid box to store 2 boxes, that will have smaller boxes in those boxes, of shit I don’t really need, that will be stored in a box truck, that I will live in. These thoughts made my head spin until I realized all the work and money and time that goes into building huge houses (which are really boxes)…to store shit we don’t really need. Or how many people get storage units to store shit they don’t need. Yes, I am guilty of this too. I even have shit I don’t need stored at my sister’s house in both her basement and her bedroom closet in the house I grew up in, in Minnesota for Pete’s sake!

I got an oak desk for free from Craigslist that I refinished along with the cabinets from the artist. I got some free cabinets to go over the desk free from Craigslist. The shower base was also a Craigslist find for a fraction of what a new one costs. The ‘tall thing’ as I call it that has drawers and shelves and also stores my Gohonzon I found for $40 at a yard sale. Because I wanted to keep this piece of furniture, the frame of the bed had to be customized to be a bit shorter than normal. The main guy who helped me on the truck did a fantastic job on everything, but every night I thank him for two things before I go to sleep; the awesome sturdy bed, and the propane forced air heater he installed. Ok, I am thankful for the amazing job he did on all things power thanks also to the sun and batteries.

I should note, before you see the pictures, that the wood (tree) I bought was not dry enough to ‘finish’ so it is all in place for now, but in about six months, I will take it all apart, plane it, get it jointed, sanded, stained, and varnished. Without further delay…. I introduce to you… The Box Truck that would become the Button Mobile. 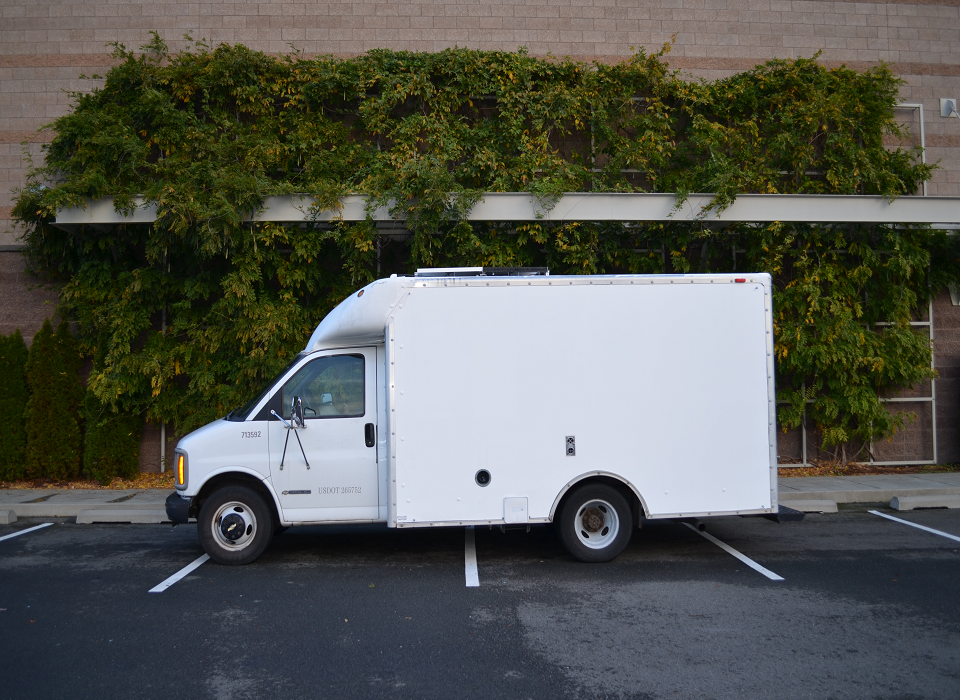 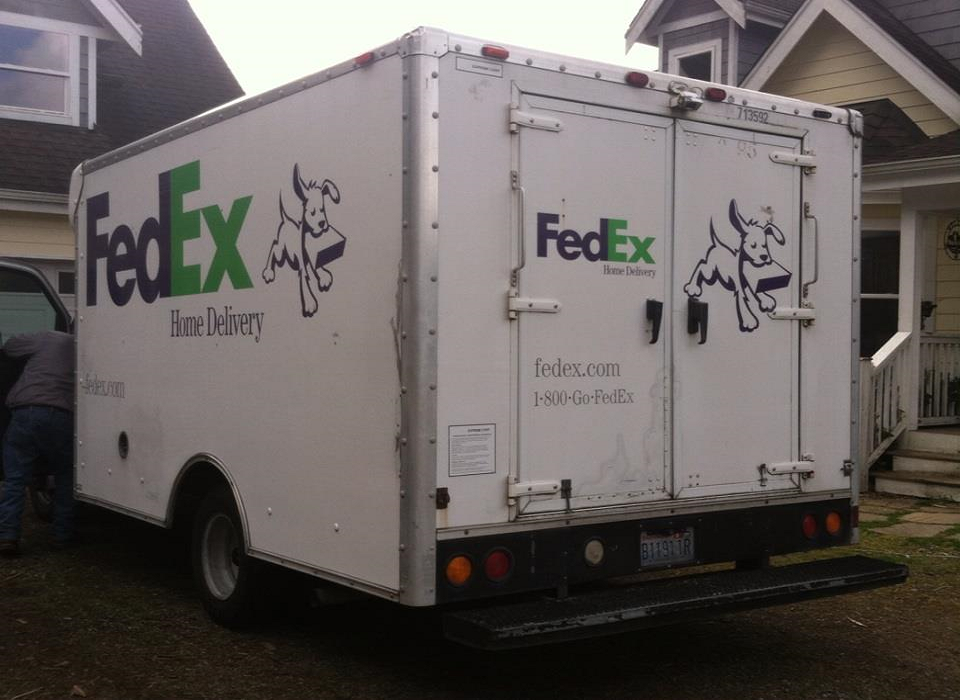 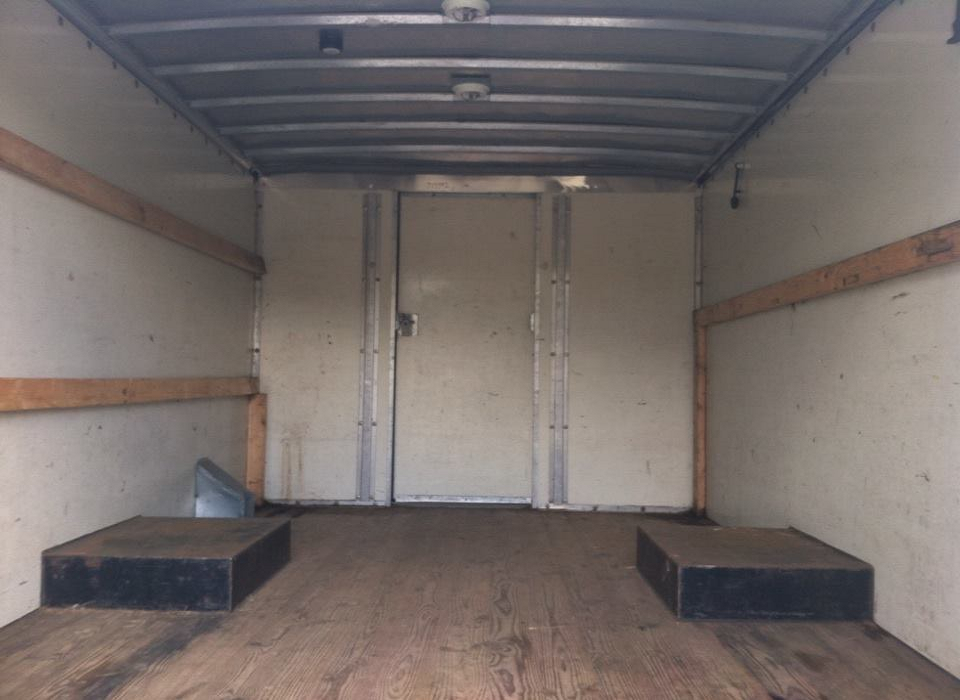 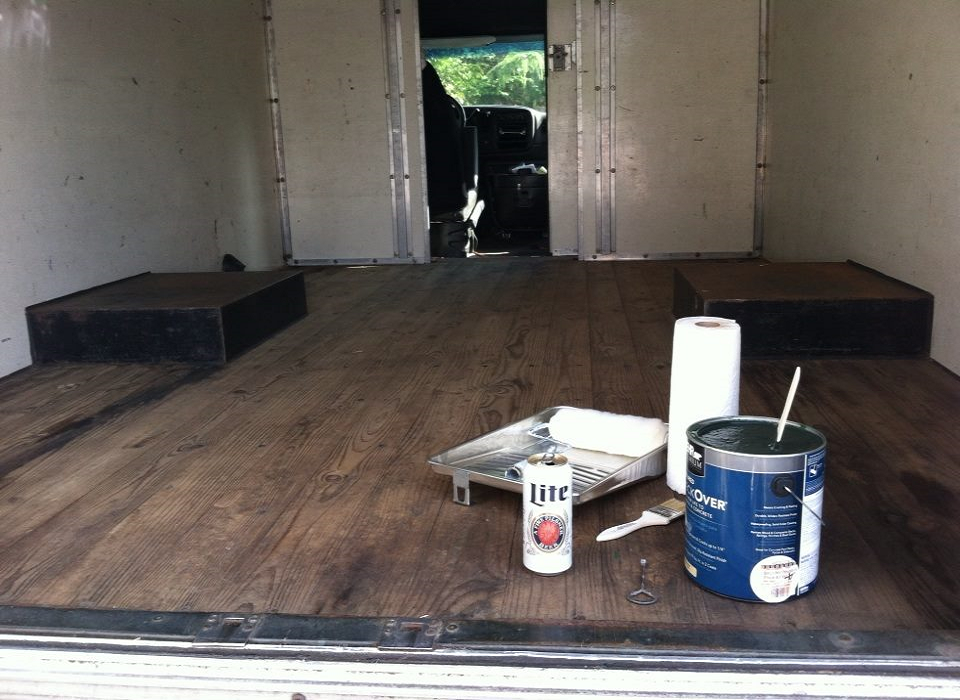 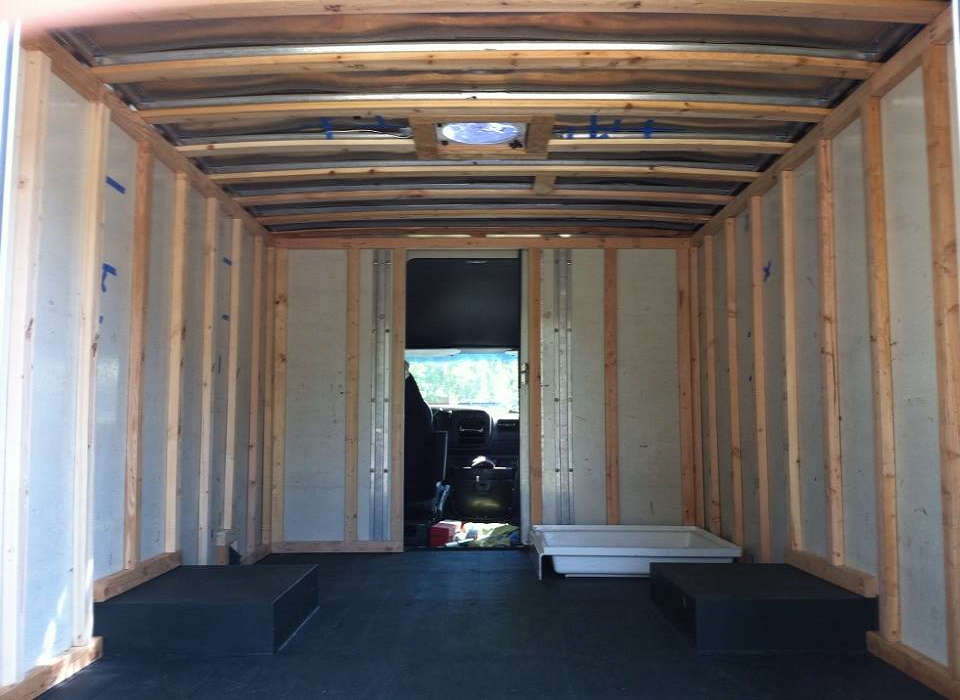 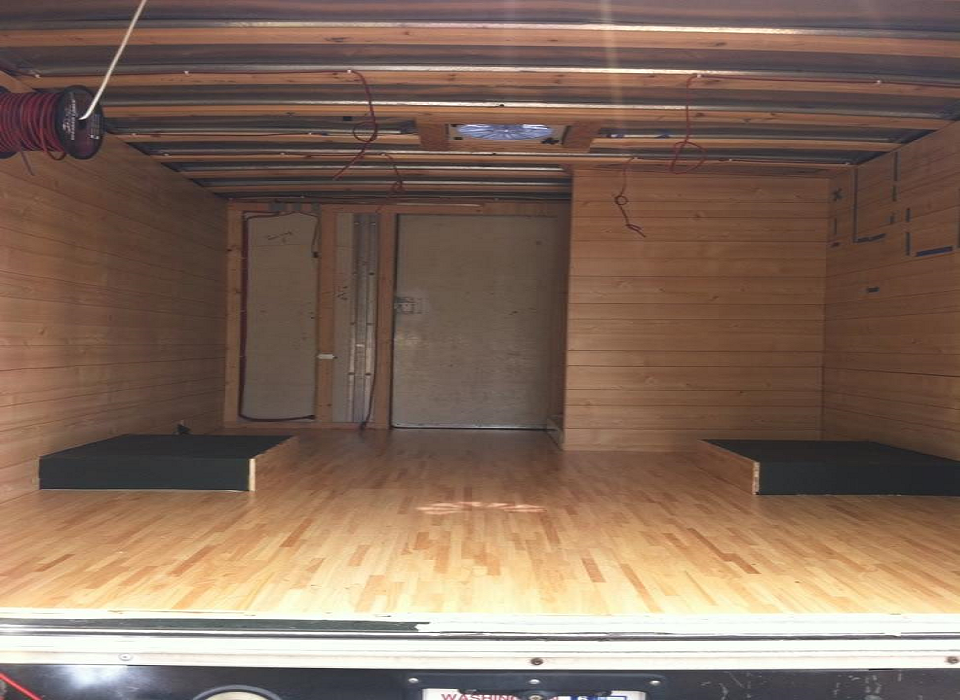 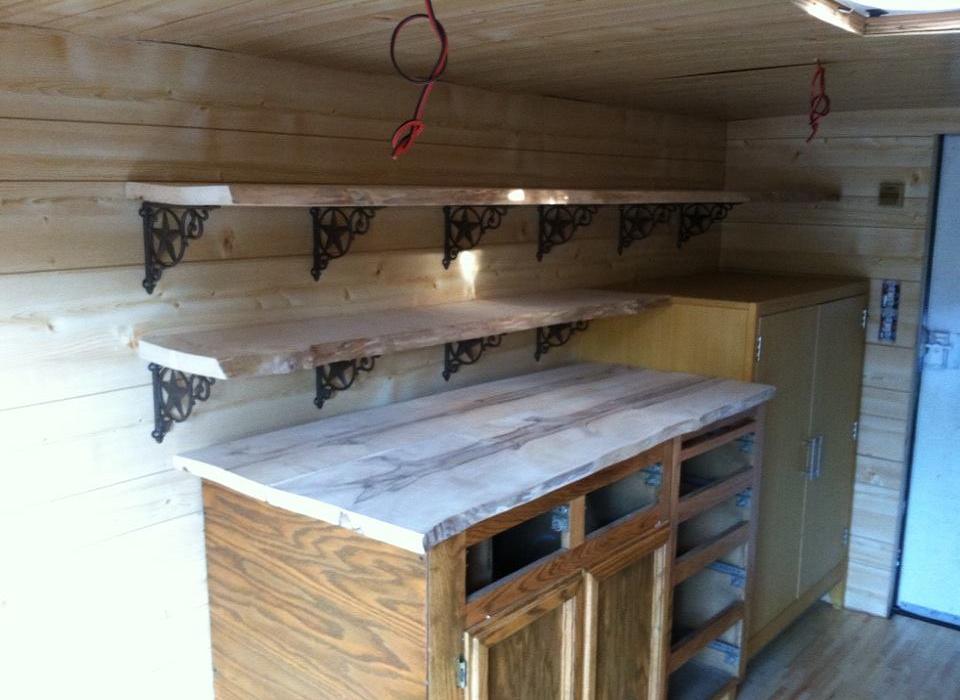 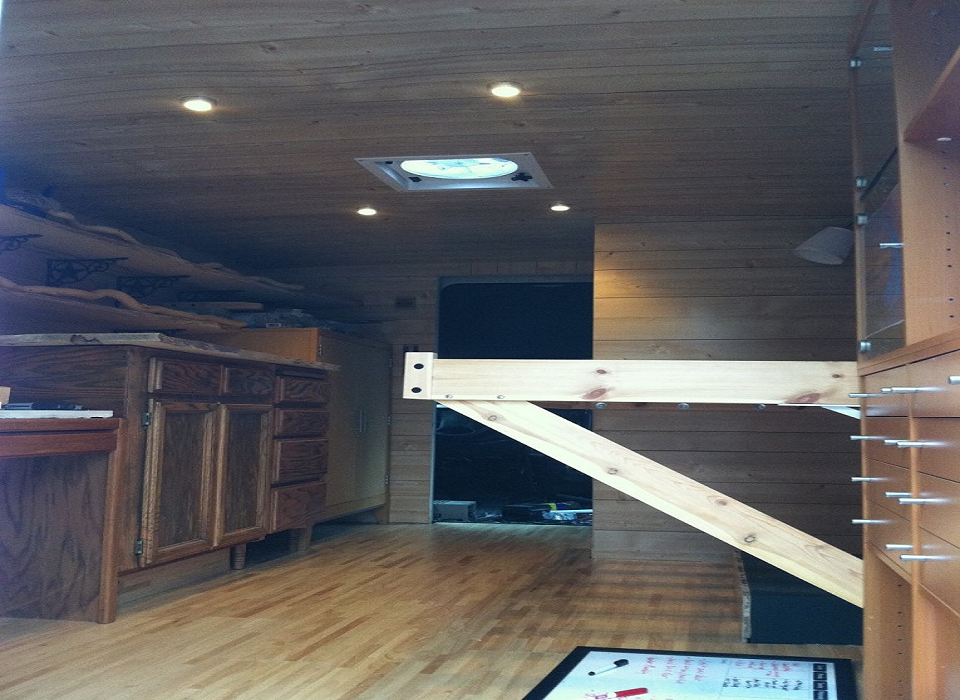 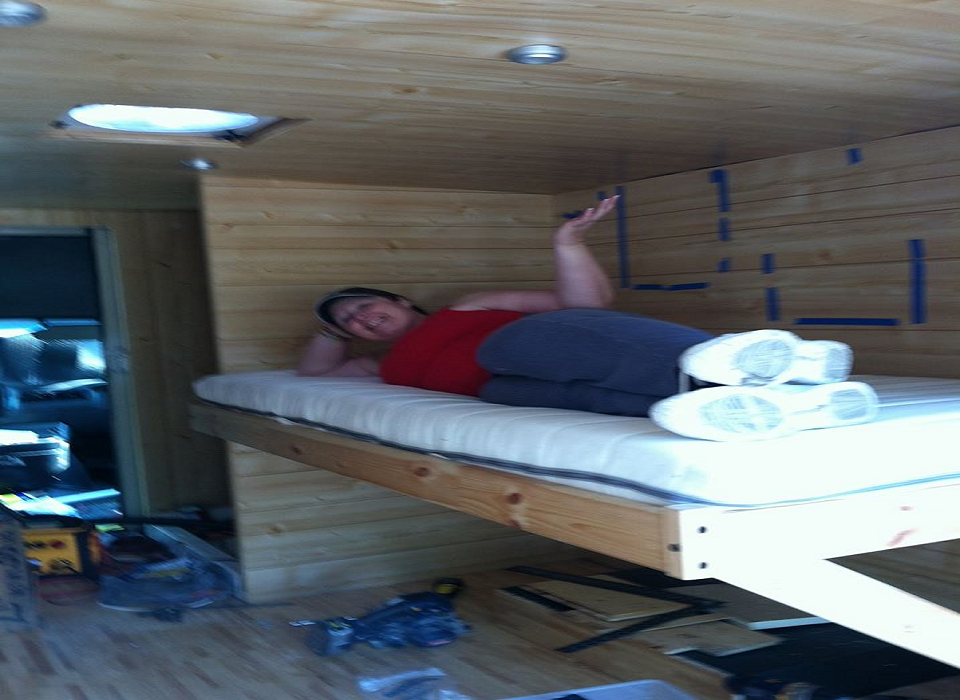 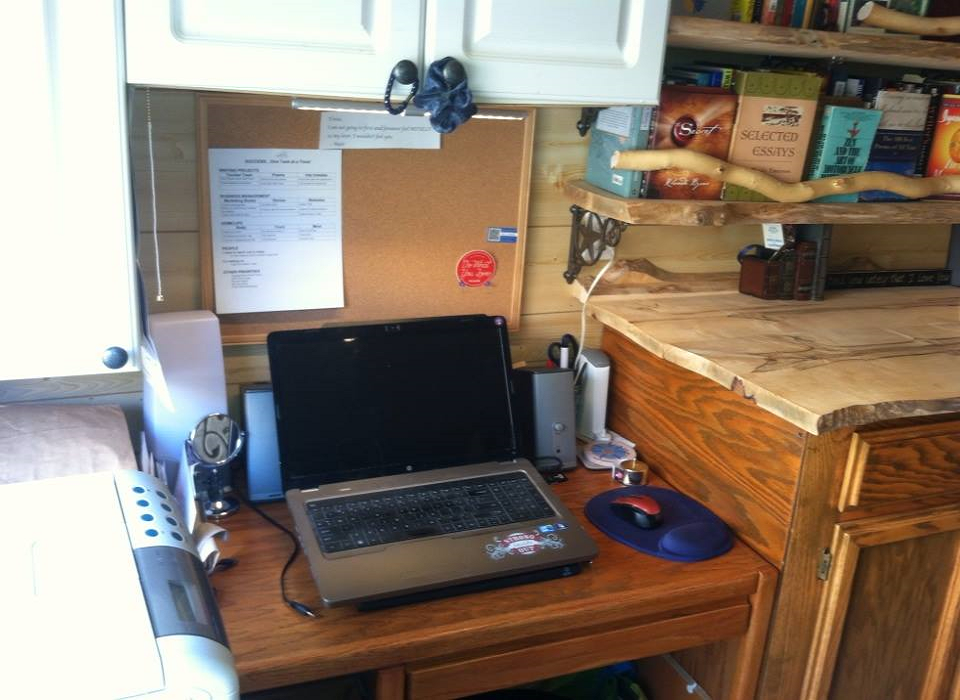 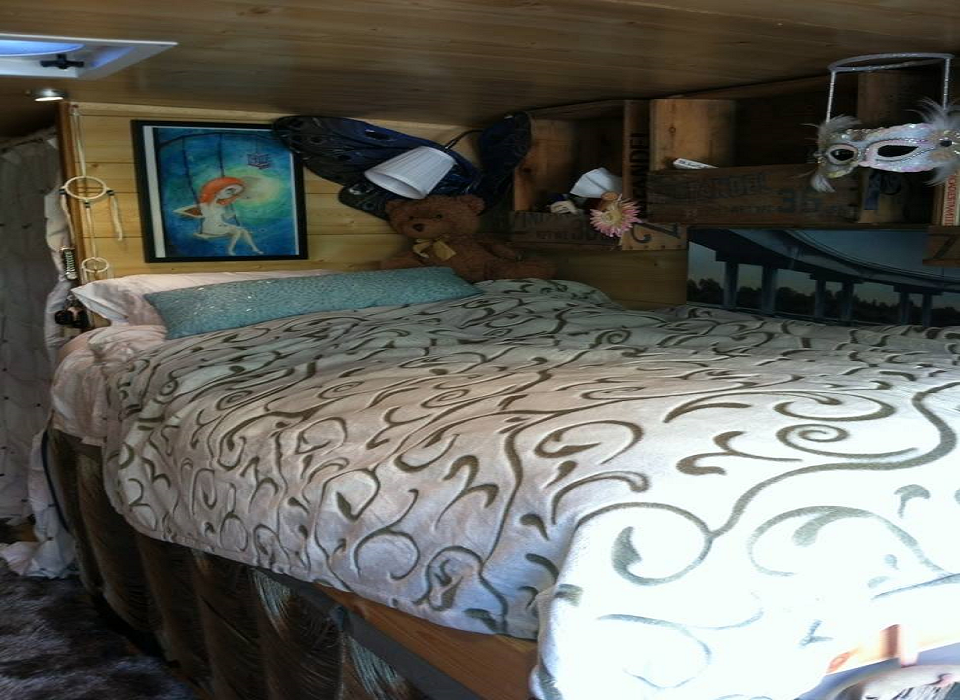 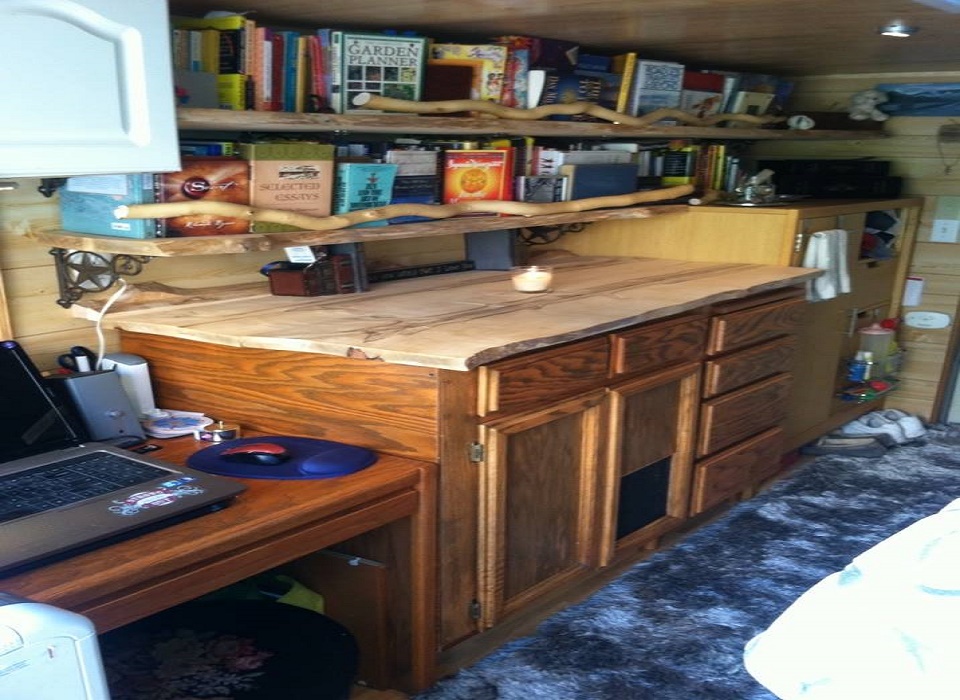 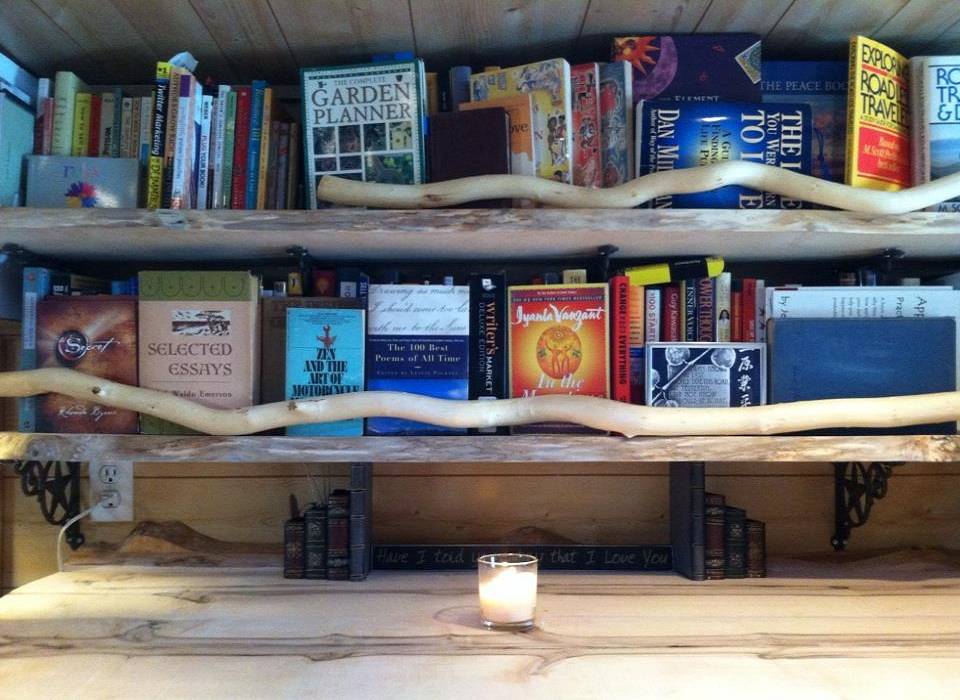 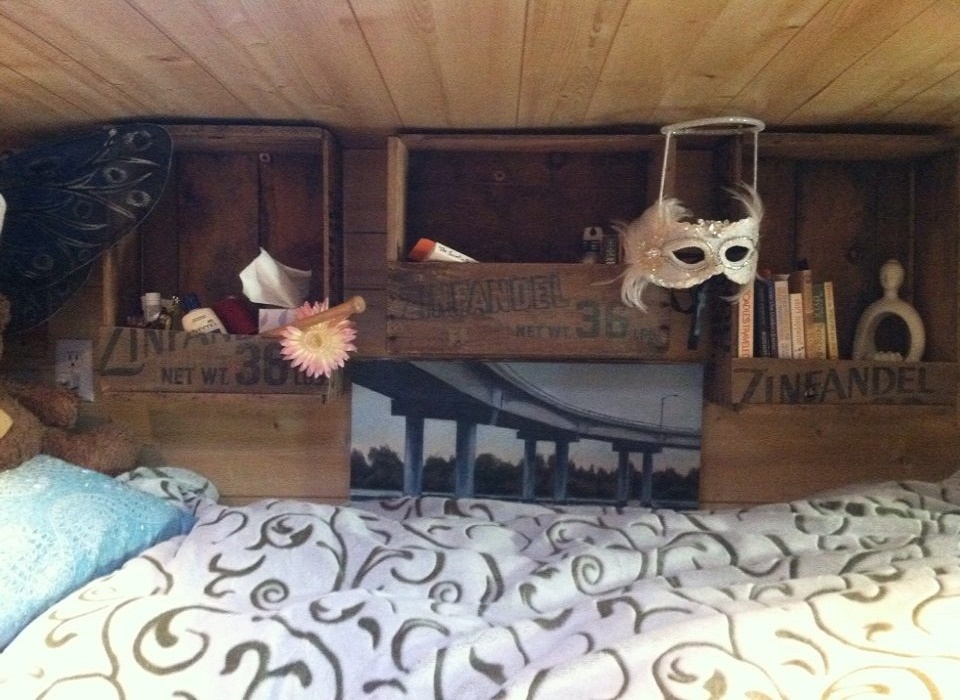 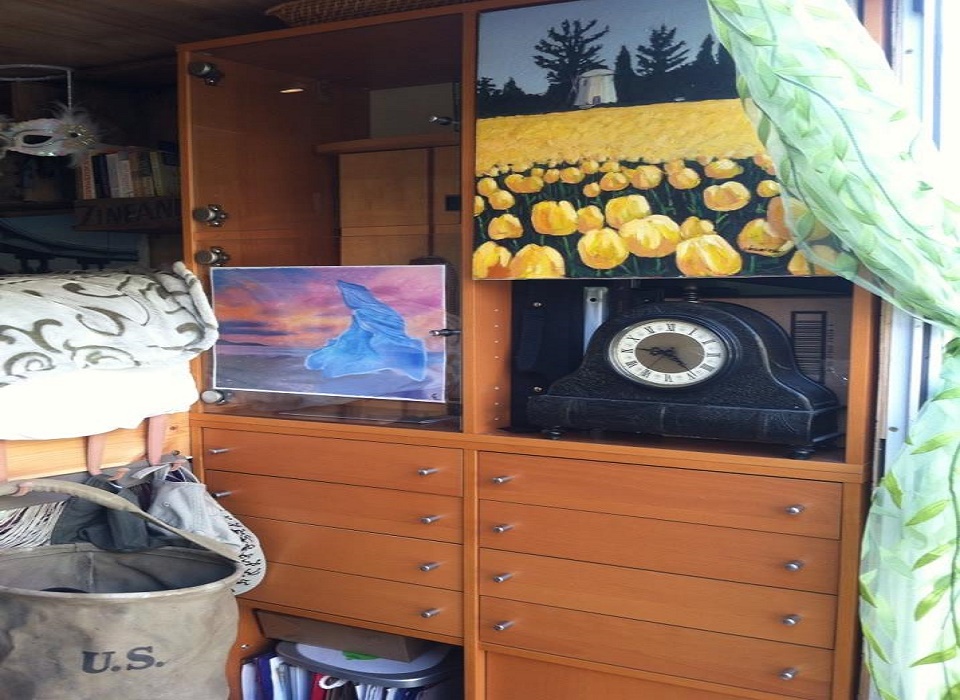 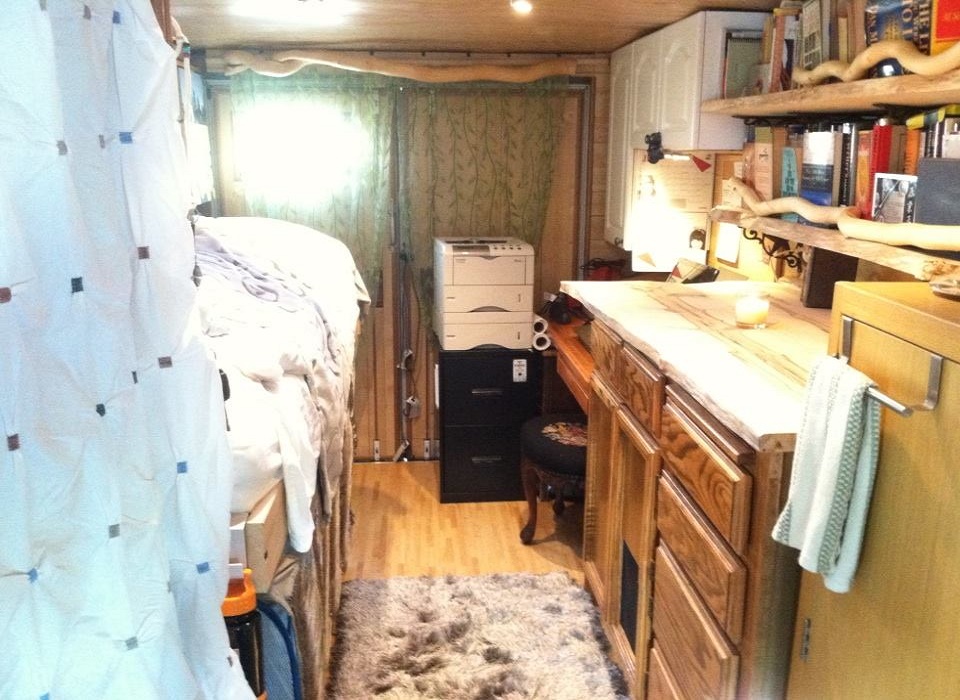